Karli Anders, The University of Mississippi

” In recent decades, medical and technological advances have significantly increased the average human lifespan. In 2010, individuals over the age of 65 composed roughly 13% of the population in the United States; by 2050, that number will nearly double. Unfortunately, the prevalence of age-related diseases and disorders continues to grow with the aged population. In particular, the rates of Alzheimer’s Disease and related dementias are set to triple by 2050. Without the development of pharmacotherapies that treat Alzheimer’s Disease, this increased incidence will have dire socio-economic consequences in the United States and the world. Thus, it is vital to pursue therapeutic strategies to ameliorate or abrogate Alzheimer’s Disease. The research proposed here is designed to assess the effectiveness of a large number of non-psychoactive cannabinoids for their ability to protect neurons in vitro. Following this screen, hits will be followed-up by submitting them to the Indiana Alzheimer’s Disease Animal Model testing core which rapidly assesses neuroprotective potential in a number of the latest rodent models of Alzheimer’s Disease. The goal is to quickly move from hit-to-lead so promising candidates can reach the patient population and reduce the burden of Alzheimer’s Disease in the future. 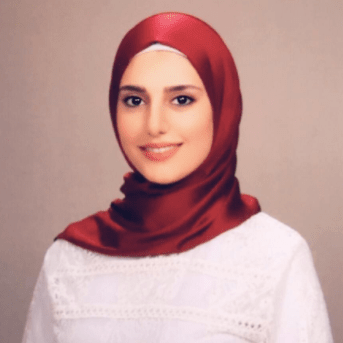 Raghad Buqaileh, The University of Toledo

“According to American Society of Nephrology and PKD foundation there are over 12 million people worldwide affected by Polycystic Kidney Disease, and it is the most common genetic cause of kidney failure in adults and children. It can affect women and men, across all ethnic groups, and so far, there has been no cure for it. Treating PKD involves dealing only with its signs and symptoms, and in most cases kidney failure only solution would be a kidney transplantation or a lifelong dialysis. PKD has a lot of symptoms which can include: high blood pressure, urinary tract and kidney serious infections, kidney stones, and those can lead to sever complications such as heart disease and stroke, pregnancy complications, growth of cysts in the liver, and even development of an aneurysm in the brain.”

This project goal is to understand the molecular basis of PKD and examine pharmacological agents to lead to a new therapeutic approach not only for PKD but also for hypertension. In addition, if the project results were published, a lot of clinical researches would take these approaches into consideration and a good understanding for the details of the disease might lead one day to a cure that will help those patients to live normally. “Prediabetes affects 86 million adults in the United States. By promoting weight loss and moderate physical activity among individuals with prediabetes, the DPP was able to reduce the risk of developing type 2 diabetes by 58% (71% for people over 60 years old). The present study will identify aspects related to the DPP delivery that can potentially be adapted to be successful in underserved communities. We are working to expand the reach of DPP with the ultimate goal of reducing the burden of diabetes in our community, thus improving public health. This study will provide insight into adaptations that can be done to the program in order to better serve this population, as well as strategies to increase recruitment and retention of participants into the program.” “In recent years, the number of nontuberculous mycobacterial (NTM) pulmonary diseases cases has increased globally, surpassing tuberculosis in some countries. Hawai‘i showed the highest prevalence of NTM lung disease (NTMLD) when compared with the national average in a sampling of 2.3 million Medicare Part B beneficiaries (1977 to 2007). Epidemiological studies show Mycobacterium chimaera, a slow-growing NTM and member of the Mycobacterium avium complex (MAC), predominates in the Hawaiian environment and is the most frequently isolated NTM from lung samples from Hawai‘i NTM patients. NTmycobacteria are often associated with biofilm formation, contributing to antibiotic resistance. Treatment for NTMLD is challenging because treatment times are lengthy, a combination of drugs are needed, and relapses following therapy are common resulting in substantial morbidity and mortality. Thus, there is a need for novel treatment approaches for NTmycobacteria. This project posits that phytochemicals obtained from Hawaiian medicinal plants could represent novel treatment approaches. Traditional medicine has a long history of treating human diseases, including respiratory and lung infections. For example, active ingredients extracted from the medicinal plant, ‘uhaloa, is used to treat sore throat, asthma, and cough. Fermented noni juice has been used in traditional medicine for treating asthma, cough, tuberculosis, and infectious diseases. This application proposes to examine traditional medicinal sources as antimycobacterial agents to control NTM. It leverages 1) the expertise in natural product chemistry; 2) ease of access to Hawaiian medicinal plants via the local community and native healers, and 3) the ability to directly test the activity of our compounds against NTM both isolated from the Hawai‘i environment and from the lungs of Hawai‘i patients with NTM infections. We hypothesize that natural products from Hawaiian medicinal plants may show antimicrobial activity against Hawai‘ian derived NTM isolates.” “Klebsiella pneumoniae are small, living organisms that can cause life-threatening infections in different areas of the human body, such as the lungs and the bladder. Patients infected with these organisms are often given antibiotics called carbapenems to remove these organisms from the body. However, over time the bacteria acquire and produce enzymes that can destroy the antibiotics, making them ineffective in clearing the infection. Specifically, in urinary tract infections, the bacteria stick to cells of the bladder and form surface-attached “biofilm” communities inside the bladder. These biofilms of bacteria grow and spread and eventually enter the bloodstream. These communities of bacteria produce enzymes called carbapenemases that destroy the carbapenem antibiotics, which allows them to grow in the presence of the antibiotic in the body. Studies have shown that bacteria that can grow in the presence of antibiotics and form these biofilms are more likely to cause death in patients compared to bacteria that do not have these capabilities. We hope to understand how antibiotic therapy may drive the formation of these biofilm communities and increase the production of carbapenemases that destroy carbapenem antibiotics in Klebsiella bacteria. Our initial data from Klebsiella bacteria from a patient who maintained a bladder infection for four and a half years despite extensive antibiotic therapy showed a connection between the ability to form biofilm communities and increased carbapenemase enzyme production. We believe that there is a protein inside the Klebsiella bacteria that controls both the ability to develop biofilm communities and carbapenemase enzyme production, and that this protein is influenced by antibiotic therapy. We believe that antibiotic treatment may change the way that this protein functions and that this change led to more biofilms and increased carbapenemase enzyme production. This, in turn, leads to bacterial communities in the body that can grow and spread to other areas of the body and cannot be killed by carbapenem antibiotics. We will perform experiments to discover what protein controls the ability to form biofilms and carbapenemase enzyme production and how it is influenced by antibiotic treatment.” Robert Mownn, the University of Connecticut

“Substance use disorder (SUD) inflicts enormous emotional and economic cost to the individual, families, and society. Despite the clinical importance of limiting the development of drug dependence, currently, there are few effective treatments available for patients suffering from SUD. Because drug use alters a multitude of gene networks in the brain’s reward system, treatment strategies that have the ability to counteract these numerous adaptations are needed. Emerging evidence indicates that epigenetic-based approaches are ideal for reversing or normalizing the extensive maladaptive neuroplasticity caused by repeated drug use. Previously, we have found that epigenetic-based therapies are effective at reducing cocaine-seeking behaviors in animal models of addiction. In this proposal, we test the effectiveness of these epigenetic-based therapies in animal models of opioid use disorder. The student will gain didactic and hands-on experience in animal models of addiction and will test the effectiveness of novel therapies for opioid dependence. Results from these experiments may lead to new therapeutic avenues for the treatment of opioid use disorder.” “This project seeks to identify the trends associated with the co-prescribing of opioids (e.g. hydrocodone, oxycodone, fentanyl) with other classes of sedative medications. These include medications such as those prescribed for sleep, e.g. zolpidem, the most commonly prescribed hypnotic and the 4th most commonly prescribed psychiatric medication in the United States. Currently, little has been published about the how widely these types of medications are being prescribed together. Since the dangers of these types of medications has been extensively documented, identifying the prevalence of their co-use could inform healthcare providers and regulatory bodies in the future.”

“Patients with asthma and chronic obstructive pulmonary disease (COPD) impose substantial health and economic burden on society. Every year Medicare/Medicaid pays an enormous amount of healthcare dollars for resource utilization associated with asthma and COPD. These expenditures include mainly costs of medications mostly inhalers, hospitalizations, emergency department (ED) visits, and doctor office visits. Therefore, it is of great value for Medicare/Medicaid to identify ways to reduce the economic burden of its asthma/COPD beneficiaries and improve their outcomes. In this proposal, we aim to quantify the health and economic impacts of different Medicare/Medicaid policies for reducing co-payments for chronic pulmonary disease patients using inhalers. We anticipate that reducing monthly co-payments for inhalers would increase patients’ adherence and thus improving health outcomes and reducing future risks of more costly healthcare encounters which in turn saves money for Medicare/Medicaid.” “Antibiotic resistance is a significant public health concern. However, tolerance to antibiotics can be thought of as a reduced rate of antimicrobial killing, and this traditionally has not been well studies. In this project we aim to identify the characteristics in a common pathogenic strain, Staphylococcus aureus, that makes it tolerant to typically used antibiotics. We will use a well-described set of strains to study this. Second, larger amounts of bacteria (inoculum) may affect antibiotic killing. However, it is not well understood whether it occurs to some antibiotics or several types. We will determine the inoculum effect among Staphylococcus aureus with several commonly used antibiotics and try to identify a link to this effect among them. Third, the role of the host (patient) in eliminating Staphylococcus is not well studied, but may studies suggest that S. aureus can prevent it from host recognition. We will evaluate whether ertapenem, as part of a two-antibiotic regiment, leads to enhanced host immune recognition and therefore clearance of infection.” “This project aims to develop a vaccine to treat cancer. In order for a vaccine to treat cancer, the vaccine has to rev up our body’s natural defenses, also known as our immune system, to fight against pieces of a cancer tumor. Prior studies have shown that vaccines that just have tumor pieces do not do a good job revving up the immune system, so in order to get them to work, we have to add chemicals that will rev up the immune system. These chemicals are called adjuvants.
Researchers are still not sure which adjuvants work best for a cancer vaccine. Further, researchers are not sure if adjuvants work better in some cancers than others.

Our project aims to figure out which adjuvants work best in three different types of cancer: two different types of skin cancer and one type of breast cancer. We also are trying to see if certain adjuvants work better in males or females. In order to figure that out, we will use cells from mice to see how good two specific adjuvants are at revving up the immune system. We will look at different properties of these cells that can indicate whether the immune cells will be able to fight cancer.”